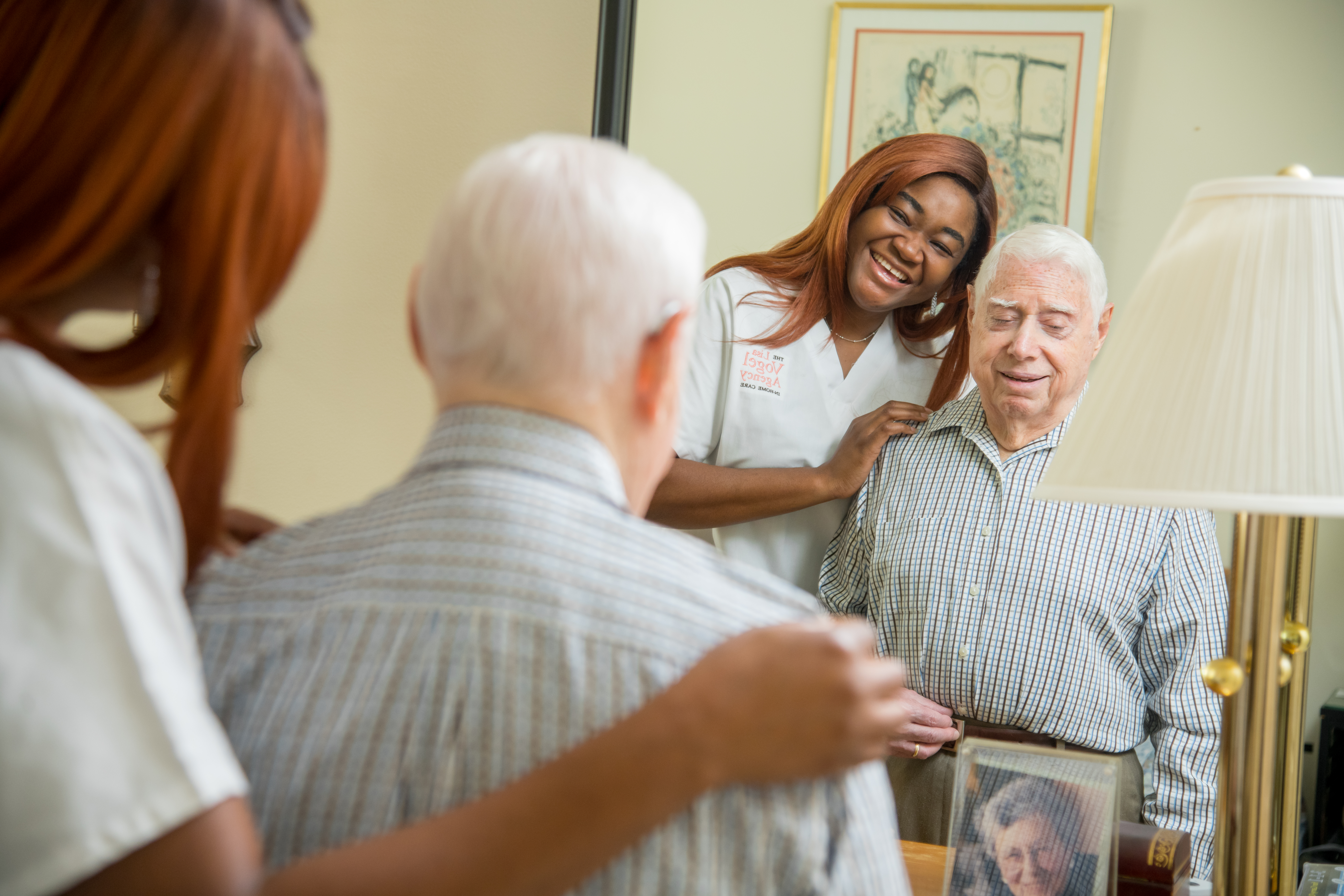 Dr. Leonard Tucker is LVA’s client spotlight for the month of November!

Dr. Tucker has been a Lisa Vogel Agency client since 2015; however, his relationship with the agency stems back to 2013 when LVA cared for his wife, Eudyce, before her passing in 2016. Beatice, Dr. Tucker’s primary caregiver, was originally Eudyce’s caregiver and was able to change her schedule to continue caring for Dr. Tucker after Eudyce’s passing. Beatrice has really become a part of the Tucker family; she is loving and loyal, and she and Dr. Tucker continue to make each other laugh every single day.

Dr. Tucker was born and raised in Cleveland, OH. After Dr. and Mrs. Tucker completed undergrad from Ohio State University, Dr. Tucker continued at OSU for medical school. They lived in many different cities while he did his residency and fellowship, and then, a stint in the U.S. Navy. They eventually settled back in their hometown of Cleveland and lived there until December 2011 when they moved to Baltimore to be near their daughters and sons-in-law. It was a huge transition for them but being able to make that move together made it so much easier.

Dr. Tucker was an ophthalmologist in Cleveland. He was in private practice until he retired at the age of 80. He loved his practice, and his patients loved him. He always took extra time, talking with them and making them feel comfortable.

Dr. Tucker has become totally blind. Although he is literally “in the dark”, he is still very active and quite amazingly independent. He particularly enjoys any speaker or podcast that affords him the opportunity to learn something new, and he is very interested in politics and current affairs. He particularly loves spending time with family and going out to lunch and dinner always makes him happy! He is a die-hard Cleveland Browns and Ohio State football fan; he keeps hoping his Browns will have a winning season!

Dr. Tucker has a wonderful sense of humor and is happiest when he is engaging in good conversation. He also has a beautiful singing voice! He has made so many friends at North Oaks and having caregivers from the Lisa Vogel Agency has enabled him to stay in the apartment that he moved into with Eudyce where he feels most comfortable.

Choosing the right home care provider is an important decision. We would love the opportunity to meet in person to answer any questions and to learn more about your needs.
Learn More

COVID-19 RESPONSE: The Lisa Vogel Agency’s main priority is the health and safety of all caregivers, clients, and their families. READ MORE